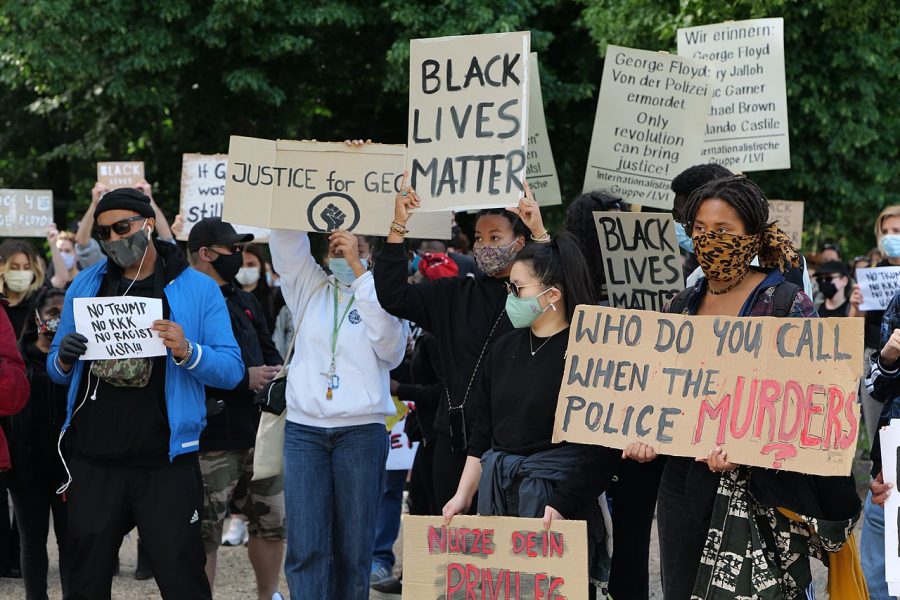 The brutal murder of George Floyd in Minneapolis has sparked protests and riots worldwide, demanding racial justice and police reform. However, as the Black Lives Matter (BLM) movement has begun to gain more traction, so have various countermovements. Some of the most popular have been the All Lives Matter movement, and the Blue Lives Matter movement, the latter of which advocates for police rights. Both of these countermovements were started to undermine the BLM movement.

There is a common belief among supporters of the All Lives Matter movement that saying “Black lives matter” implies all lives don’t matter, but that’s not true. The name of the movement isn’t “Only Black Lives Matter.” BLM was started because, in America, often, Black lives are undervalued. This is evident in the school-to-prison pipeline or the modern-day American criminal justice system built on the foundations of slavery that continues to incarcerate Black men at outrageous rates.

One often-made comparison hits the nail right on the head. If there is a house on fire, firefighters will not hose down every single home in the neighborhood because that would be unnecessary. Instead, they will focus on putting out the fire in the burning house. Now put this in the context of the BLM movement: BLM began with the goal to build up the voices of marginalized Black Americans and fight against the racial injustices that have existed since before America was founded. But never in American history has there been a system in place that has oppressed white people based solely on their skin color. So yes, all lives do matter, but right now, Black lives are the ones that need our attention and help.

Moreover, the All Lives Matter movement comes from a place of privilege. When people say “all lives matter,” oftentimes, they are uncomfortable that for once, the attention is not on them. They are uncomfortable raising the voices of marginalized people because they think that focusing on this oppressed group will somehow take away from their rights. But equal rights are not like pie. Fighting for equal rights for everybody will not take away anyone’s rights. If the BLM movement angers you or makes you uncomfortable, take some time to reflect on why that may be. It is most likely stemming from the privilege that you have that you may have never noticed before.

Supporters of the Blue Lives Matter movement are working, even if unwittingly, to protect the police from being held fully accountable for their actions and allow them to continue to act in unjust and sometimes racist ways with few consequences.

In America, the reality is that police officers’ lives are often treated like they matter more than Black lives. Instances of police not being held accountable for their abuse of power are not uncommon. For example, Daniel Pantaleo, the police officer who held Eric Garner in a chokehold that led to his death, was never even charged.

Police officers are given immense leeway, and an intricate system behind them shields them from accountability. One example is the legal doctrine of qualified immunity that protects officers from being sued for their actions unless they violated rights that were “clearly established.” A right is not “clearly established” unless somebody else in the same jurisdiction is successfully sued for the same conduct.

Another of the major roadblocks to effective police reform is police unions. Police unions work to protect the rights of their fellow officers who have been accused of misconduct, but effectively make it nearly impossible for police officers to be held accountable for their actions.