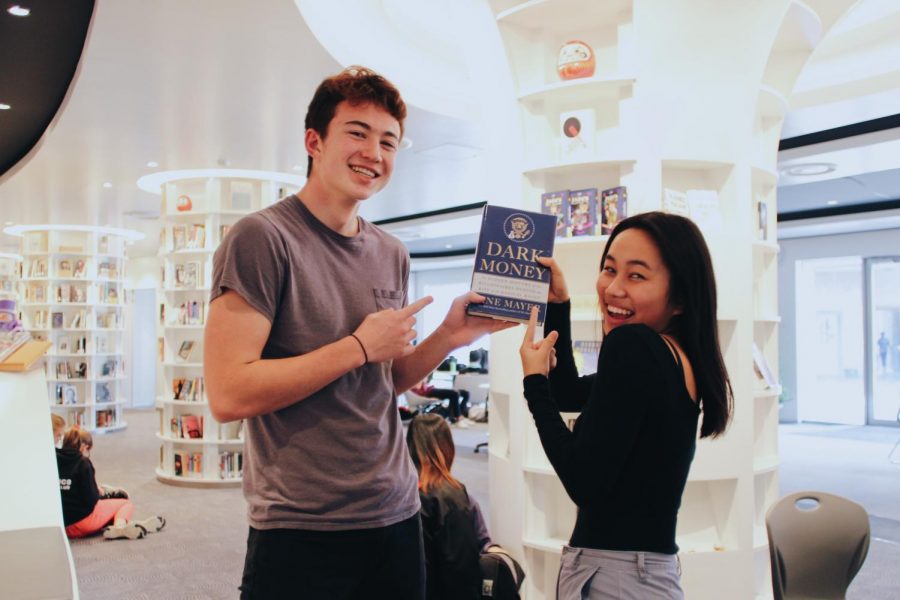 Seniors Ann-Li Hitosugi and Masa Kawasaki discuss the library, one of the two locations in which most high schoolers spend their breaks.

Why is it that if you don’t hang out in the Book Locker Room, you are literally not invited to any parties (no shade intended)? I’m not blaming the BLR people, it’s actually a frustration I have with the non-BLR people for being so boring (lol). But seriously tho, everyone knows what’s going on—it’s no secret! Do BLR people just assume that everyone who’s not there just studies in the library all day? Do ‘library people’ just not like parties or large social gatherings? Are they just not ‘cool’ enough? I feel like people are really missing out on both ends . . . the teA hAs BeeN SpiLLed! 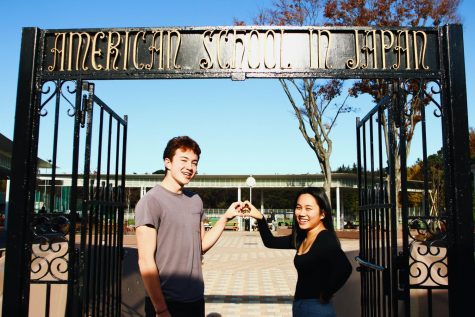 Wow, we are really kicking things off with some piping hot tea. I feel like this is a thought that most students at our high school (including myself) have had at one point or another. Thanks for the submission, by the way!

The tendencies of high schoolers are simple: People who share similar interests are naturally drawn to one another through classes, extracurriculars, casual convos, and whatnot, and as a circle of friends begins to form, they begin to congregate in the same place, at the same time, with the same people every day. And before they know it, based on where it is they gather every day, they are all categorized under one of two umbrella titles: a “BLR person” or a “Library person.”

With each label comes a respective stereotype about the individual’s personality, interests, and activities—and how accurate you find those generalizations says something about how well you really know people outside your group. There definitely is diversity among people in both locations, but that’s something you wouldn’t really see for yourself if you didn’t make an effort to mingle/befriend others and instead, blindly accepted the stereotypes.

Surely some of you may be thinking right now, “but I hang out in neither/both of those locations.” Well, fret not, for the “system” has already automatically classified you as one or the other based on who your friends or friends of friends are, or which stereotype better suits you. Also, neither side is inherently “cooler” or more “boring,” as you say. I think the only reason why anyone would be inclined to label either group as one or the other would be because of differing interests—you’re more likely to be on the same wavelength as someone who shares similar enthusiasms as you (and therefore find them “cool”) than someone who doesn’t. In short, people aren’t drawn to either location because of the notions that surround the type of people there, but because it’s simply where their friends are.

Okay, now that I’m done with that preliminary analysis of the labeling system, I’m getting to your point of social events. From my understanding of things, people don’t create an invitation list solely based on the whole “BLR” or “Library” label. Think about it this way: If you were hosting a party, get-together, whatever, who would you invite first? Obviously, the first to make the list is your circle of friends, whom I presume are the people you spend the most time with at school. Where your group hangs out is also where most of your other friends are, a big part of it being because the groups that are in the vicinity of yours are people that you see the most often, hence interact with the most often, and conversations are an essential foundation of a friendship. As a result, as you extend your list, you mostly end up inviting the other groups in your region, not because they’re fellow “BLR” members or “Library” members but because they are your friends or the friends of your friends. You get what I’m saying?

Finally, I totally agree with you about both sides missing out on one another. The recent rise in the number of inter-grade parties has most definitely been effective in lessening the gap between the grades; I feel like the same idea could be applied “horizontally” instead of “vertically,” by which I mean more inter-regional (as in invite lists that are equally “BLR” and “Library” inclusive) social events within the grade could very likely help close the distance between the two sides. @Classof2019 Anyone wanna volunteer their house? 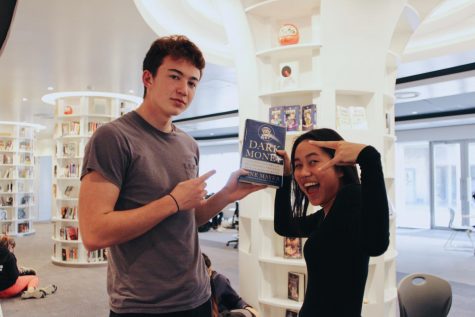 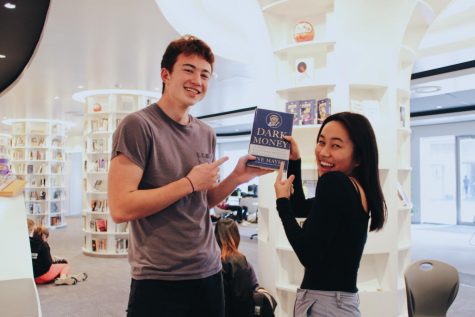 Thank you for being our first question; I love you. I think the big thing with parties at ASIJ––and particularly ASIJ––is how they’re an extension of our deeply-rooted clique system (which, by the way, I don’t think is a bad thing. But more on that in another piece). Where at most schools, parties are an opportunity for people who otherwise wouldn’t associate with each other to make new connections, at ASIJ they’re used to deepen ties with people that you are already close with, reducing parties to an exclusive––yet relevant––situation.

Which is why, in my humble opinion, people at ASIJ—both library and BLR—shouldn’t look to parties as an indicator of friendship or popularity, but resort to other methods that work better for them. This is where we as a community can really stand out to make better connections with each other and accentuate people’s niche talents. The Spring Play, for example, brings together kids from both areas when they (regrettably) break out into song in the back of the late bus. A similar thing can be said for the guys on the football team who dap each other up regardless of where they spend their activity period.

Bottom line, I don’t see how we as can foster any form of communal cohesiveness/understanding (or any of the other three C’s) by looking through a lens which places parties as the ultimate form of social interaction—unless, you know, there already is an all-high school event that takes place every few months. It can only happen organically at best, which means its forms will differ from person to person.

In seeing that parties aren’t some sacred pathway to “coolness” or social acceptance, I don’t think there’s an issue in people “not liking parties,” just as there’s no problem in people being super into partying. So to answer your question I think the standard of what’s “cool” might be one distorted by the aggressive clique culture at ASIJ, and that as long as we continue to hold such a mindset (which I myself am very guilty of) we’ll always be missing out on the good vibes and solid convos we could have with people we might never cross paths with. In short, I think the narrative of what constitutes a “good time” has been dominated by the norms of past graduating classes, and like all trends, will eventually shift to the demands of what’s popular now. Hot take: yoke is out, cafe study groups are in.

But, as a big advocate of trying new things, it never hurts to ask someone to come through to a thing you or your friend is throwing… but staying in with friends is also tight as heck.

“Spillin’ the Tea with Hanabi” is an advice column run by Hanabi writers Ann-Li Hitosugi and Masa Kawasaki. Their love-hate friendship of more than five years mainly consists of arguments about anything and everything, and of dance battles in the book locker room. Whenever they are not trying to prove one another wrong, they like to enjoy each other’s company by sharing snacks and songs in peace.

Submit your questions and concerns to the column here!