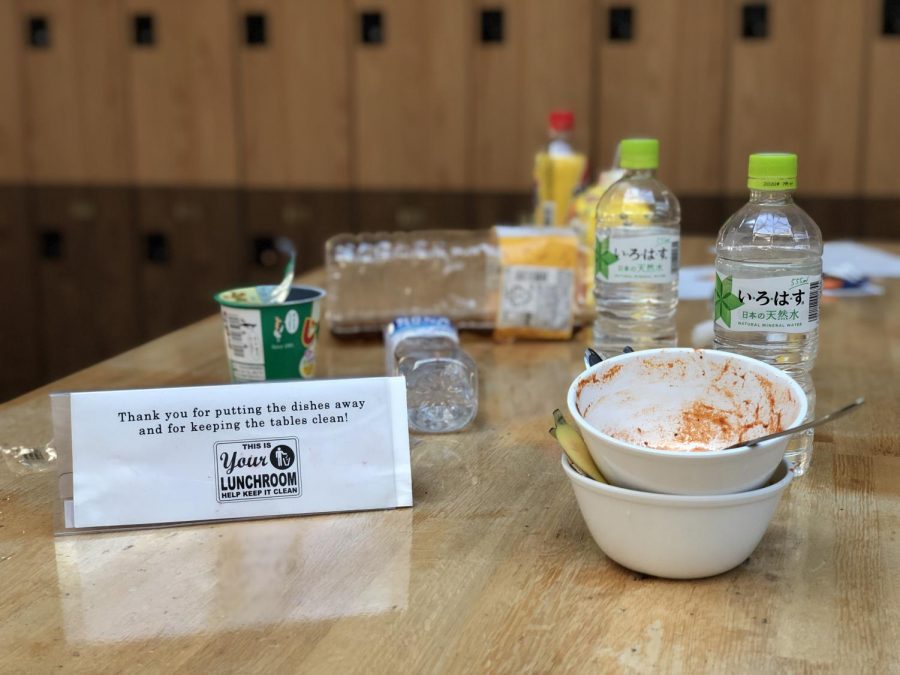 Trash is everywhere, all of the time. Recently, the amount of garbage being left around the school is unacceptable. No matter if it is yours or not, everyone needs to do their part in respecting the space and facilities that ASIJ has to offer.

As a way to try and combat the issue, the library has just had to carry out two weeks of a “no food or drink” policy. According to Ms. Noll, the last time the library implemented the rule for only one week, there were decreased amounts of trash left in the library during activity period or lunch. Because of the positive results of the first ban on food and drink, the library decided to have a two-week ban in hopes of decreasing trash even more.

Many students get frustrated when the temporary restrictions have to get reinstated because of other students leaving their trash around. Christianna Regent, grade 11, finds that “it’s annoying that everyone is held responsible for someone’s action.” She suggests that the specific people, who are not picking up after themselves, should be held accountable, but realizes that the library is such a busy place that “it would be difficult to pinpoint who it is.” However, one student, who wishes to remain anonymous, believes that “the rule is justified because it is not that hard to eat outside of the library, and helps make the jobs of the cleaners easier.”

The head librarian, Mr. Bell, finds it upsetting that “in a country where the culture is to always clean up after yourself, even at professional sports events, that students and staff do not feel obligated to pick up after themselves.” 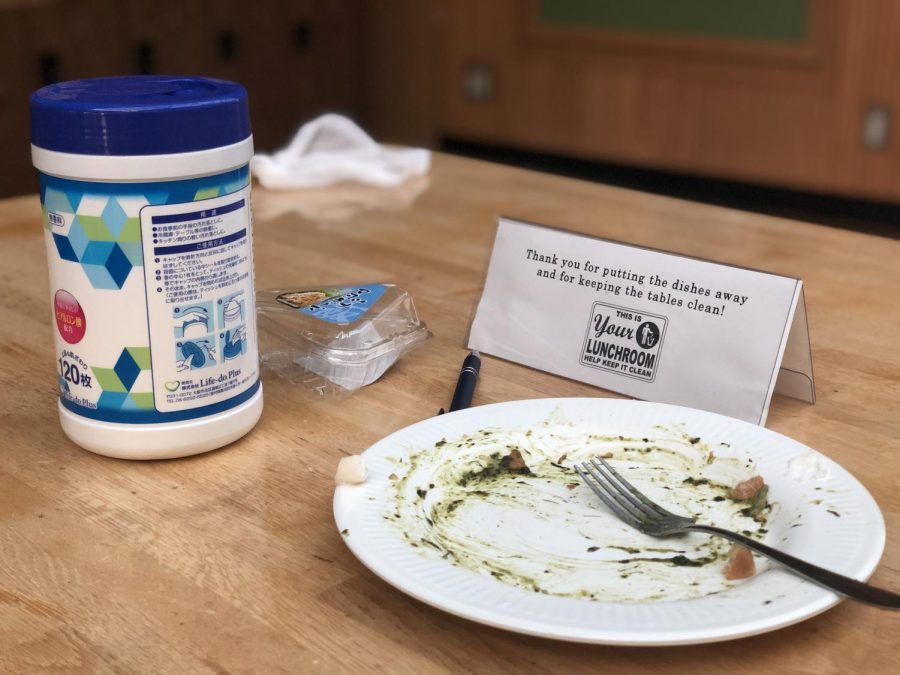 Not only does the trash left around the school affect the students and teachers, but it also influences the first impressions of potential new school families. Mr. Bell says that in addition to the library, “the lobby outside the library has nice seating but is embarrassingly trashed.” The main lobby is the central area that leads out into all divisions, HS, MS, ES, and the CAD Building. If students leave that outside area a mess, then that is the first view of ASIJ for any incoming families, special guest speakers, and visitors.

The community as a whole needs to do a better job in respecting the spaces available to us and work together as a whole to be proud of ASIJ. If everyone could do their part in making ASIJ the best it can be, then issues can be fixed easily before becoming a big deal. The ASIJ community should be able to show off our Mustang pride!