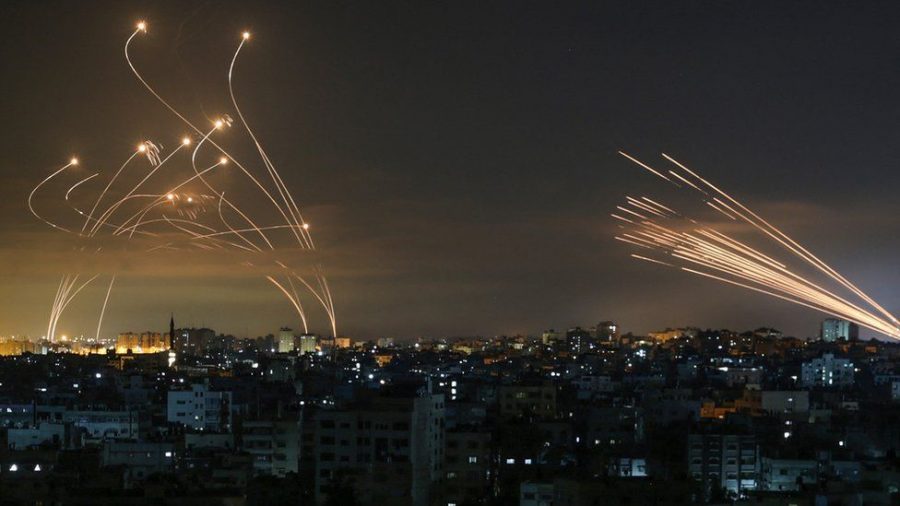 On April 12, Israeli police barricaded the Damascus Gate Plaza in East Jerusalem, a popular gathering place for Palestinians during Ramadan and one of the only centers of Palestinian life in Jerusalem. Around the same time, Hamas, the Palestinian militant organization that controls the Gaza Strip, announced that it would fire rockets if the Israeli settlers did not withdraw from two Palestinian neighborhoods where Arabs faced eviction after court battles waged by Israeli settlers. These are the tensions gave rise to the current Israeli-Palestinian crisis. However, conflict between the two groups has endured since Hamas was formed in 1987, an element of the larger Middle East conflict. In light of recent events flooding the news and social media, it is important to understand the historical context.

The Washington Post provides a timeline of events in the Israeli-Palestinian crisis. Following World War II, Israel was established as an independent state in May 1948. The Israelis came to control a large portion of territory that had once belonged to Palestine, and Palestinians were forced to flee what had been their own lands. As the Post outlines, several wars, such as the Six-Day War of 1967, have taken place since the emergence of Israel as a country in 1948. What is happening in Gaza now is not the first Israeli-Palestinian crisis, but has its roots in a history of ethnic tension and war.

The recent violence began on May 10, when Hamas fired rockets towards Jerusalem and southern Israel, and Israel retaliated with airstrikes of its own. According to the Israeli Defense Forces, Hamas was firing an average of one rocket into Israel every three minutes. Since the beginning of the armed conflict, the Israeli army has struck more than 600 targets in Gaza, and has fired more than 1600 rockets. On May 15. Israeli warplanes have also bombed buildings in Gaza that housed Hamas’s satellite television channel, as well as military intelligence officials and a rocket research and development unit. In response to this, Hamas sent more than 1,000 rockets and mortar shells toward Tel Aviv. A subsequent airstrike of a high-rise in Gaza that Israel claimed had Hamas “military assets”―but which housed two international media organizations the Associated Press and Al Jazeera―was roundly condemned. 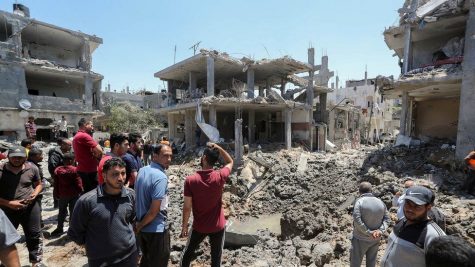 This current deterioration in the relationships between the Israeli and Palestinian people has led to the worst violence between the two groups in years. Over the course of the past week, the fighting and attacks have escalated, and according to Palestinian health officials cited in the Washington Post, the death toll from this week’s airstrikes against the Gaza Strip now includes 197 Gaza residents, including dozens of children. In Israel, there have been 12 casualties, as well as several mob attacks in mixed Arab-Jewish cities.

Israel’s Prime Minister Netanyahu stated in a speech on his Facebook page, “Israel has responded forcefully to these attacks, and we will continue to respond forcefully until the security of our people is reinstated and restored.” Social media has played an active role in spreading awareness about what is going on between the two nations. For example, the Israeli military recently came under criticism after a video of a Gaza father comforting his wailing child went viral online. Simon Coveney, the Irish foreign affairs minister, wrote on Twitter, “It’s not acceptable!” regarding the growing number of children that have been killed in the Israeli airstrikes against Gaza. More and more people around the world are seeing that civilians and children are bearing a greater share of the casualties in this armed conflict. 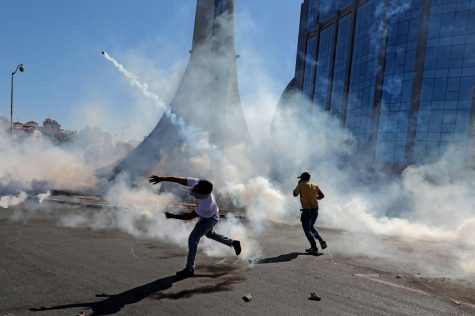 The conflict in Gaza is the leading story of many news sites, as well on social media. Although social media can be a useful tool to educate ourselves about the current world, we must also be wary of bias and being misinformed. For instance, a spokesman for Prime Minister Netanyahu posted a video of what seemed to be Palestinian militants in the Gaza Strip launching rockets against civilians in Israeli cities. However, the video turned out to be a video of rockets being launched from Syria and Libya in 2018. This is only one example of the misinformation that can take place on social media, where information spreads quickly.

A long history of amplified lies and propaganda exists in the conflict between Israel and Hamas. We have a responsibility to educate ourselves on this issue, including its nuances and historical context. As information and visuals shared on social media are often extremely powerful and may lead to further tensions, we must be careful with information presented by both sides.