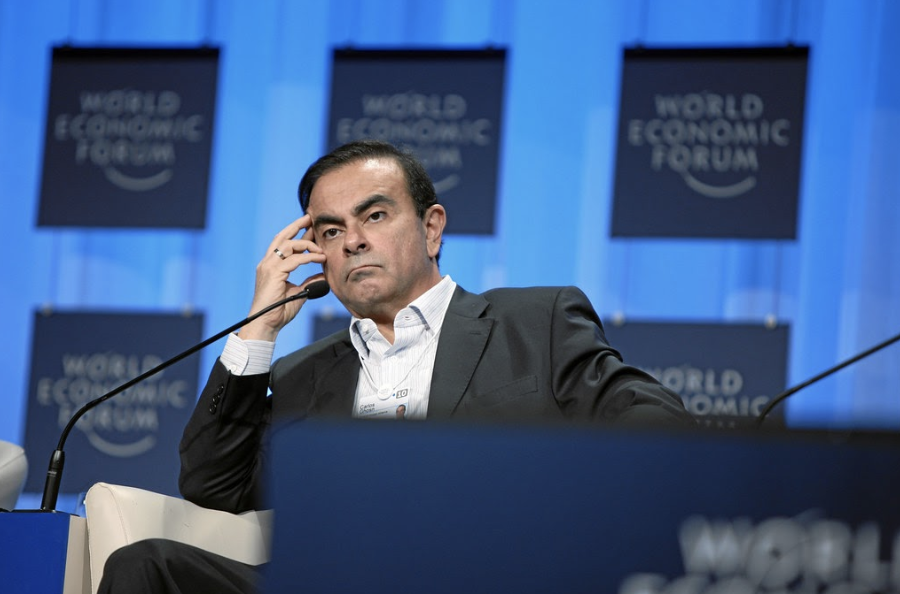 “I am here to expose a system of justice that violates the most basic principles of humanity,” said Carlos Ghosn, former Nissan chairman turned Interpol fugitive. Gesturing wildly, at a news conference last month the 65-year-old Brazilian-Lebanese-French desperately asserted his innocence against the accusations of misusing Nissan funds for personal benefits. Amid numerous rumors of his daring escape, Ghosn’s story prompts us to ask, is Ghosn as innocent as he claims and is the Japanese criminal system really “rigged”?

As the chairman and CEO of Nissan and Renault, Ghosn was once the “titan of the automotive industry.” He was also known in Japan as the man who had single-handedly rebuilt Nissan, which had been $35 billion in debt. Nicknamed “Le cost killer” for firing 21,000 workers, Ghosn was widely seen as a business messiah, rescuing Nissan from its downfall. However, his newest plan to merge Nissan with Renault was not taken well by Nissan executives.

Living in Japan, we remember the news of Ghosn’s arrest in November 2018 for allegedly understating his compensation for over five years to evade taxes and avoid criticism that his compensation was too high. According to Ghosn, the executives allegedly framed him because they were unhappy with the plan to merge Nissan and Renault. One could say this is a sound justification, but many of his past mistakes have resurfaced. Ghosn fired many to “cut costs” but turned around and spent $888,000 on a sculpture by his Lebanese friend for the entrance of Nissan Yokohama. He created negative press by crashing into a motorcycle while driving in Roppongi―in a Porsche no less. His profligate spending habits have led many to believe that his compensation was actually much greater than stated but don’t necessarily prove his guilt. And not only does Ghosn insist that he’s innocent, he blames the Japanese judicial system for persecuting him.

Boasting a 99.4% conviction rate, Japan’s criminal justice system can be seen as one of the most efficient in the world―or the worst. While in the United States prosecutors must decide on a charge in 72 hours, in Japan, they can hold you for a maximum of 23 days (552 hours) with no charge. Many of these cases hinge on a full confession from the accused, which could be coerced by the police and detectives who are not filmed while attempting to interrogate the suspect. Ghosn himself was withheld from contact with his family for two months and was held in jail for 108 days before being granted bail on the conditions that he surrender his passports and forfeit internet access. He claims that Nissan executives are working with the government to frame him, suggesting an outright corrupt system with the intent of dragging his reputation down.

Ghosn’s arrest was one that shocked not only the Japanese population, but the world. While his dramatic escape has given the Japanese government an excuse to portray him as the bad guy evading the law, Ghosn argues that his trial proceedings could have taken years. This high profile case seems to not only exposed Ghosn but also raised questions about Japanese law.