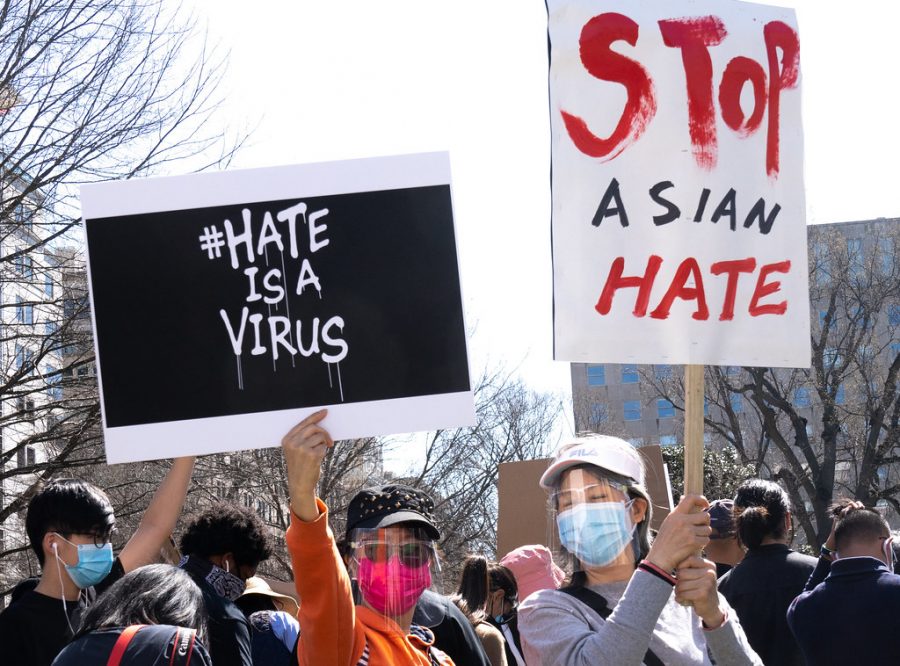 On April 14, 2020, a man in Texas was charged for the stabbing of an Asian-American family—including two children ages two and six. The attacker claimed he did it because he thought they were “Chinese and infecting people with the coronavirus.”

On February 3, 2021 Noel Quintana, a 61-year-old Filipino man, was viciously attacked on the New York subway during his morning commute to work. The assailant slashed his face with a boxcutter and ran off of the train. ”I was scared because I thought I was going to die and nobody helped me,” Quintana recalled.

On March 16, 2021 a gunman murdered eight people in Atlanta, Georgia, at three different Asian-run massage spas. Among these eight, six of the victims were Asian American women.

These are not isolated incidents, but just a few harrowing examples of the countless Asian Americans who have fallen victim to the increase in violence and harassment. Over the past year, hate crimes against Asian Americans have surged across the United States. According to Stop AAPI Hate, in 2020, there were nearly 3,800 reported anti-Asian hate incidents, and they continue into 2021.

These horrific incidents bring forth a critical question: what is at the root of this influx in anti-Asian hate crimes?

One reason that many have pointed out is the sinophobic propaganda that the previous Trump administration and many of their Republican allies relentlessly spread regarding Covid-19. Some Republicans continue to use the terms “Chinese virus,” “Kung flu,” and “Wuhan virus,” which has planted the false belief in uninformed minds that Asian Americans are to blame for this pandemic. This has bred hatred and fear towards the community as a whole and encouraged further xenophobic rhetoric. There is no doubt that the widespread use of such phrases has played a part in instigating these hate crimes—or at the very least, their actions added fuel to the flame.

Others have also attributed this recent spike to the model-minority myth that pervades the Asian-American community. This myth characterizes Asians as more socioeconomically successful than the average population—the ideal immigrant of sorts. It is a tactic of white supremacy that is used to deny systemic racism and the plight of Asian Americans while pitting them against other minority groups, especially Black people.

But the reality is far from this myth, and Asian Americans are constantly subject to discrimination and bigotry. Yet, due to the common belief that Asians are a privileged demographic in America, both the media and society have largely dismissed the dramatic spike in anti-Asian hate crimes until very recently.

However, to say that these incidents of violence against Asian Americans are a new phenomenon would be erasing the decades of discrimination that the community has and continues to endure. Covid-19 has simply exacerbated and brought anti-Asian racism to the surface and to the attention of the greater public. Whether it be the Chinese Exclusion Act, Japanese internment camps during World War II, or any other similar discriminatory policies throughout American history, there exists boundless evidence that anti-Asian sentiments are deeply woven into the fabric of American society.

In an effort to raise awareness of and combat these hate crimes, many have taken to social media and the streets in protest. The hashtag “#StopAsianHate” has gained traction and circulated, becoming the slogan of this movement.

This hashtag has also garnered some criticism from those who believe that the expression is an empty phrase and does not even begin to scratch the surface of this subject; the deep-rooted systemic issues that are the source of these hate crimes must be addressed as more than just “Asian hate.” Racism against Asians isn’t just “hate,” as “hate” implies interpersonal issues or just a few outliers that have a prejudice against Asians. In reality, there exists an extensive history of imperialism, war, and white supremacy that has long subjugated Asian Americans. This history is the backbone of these racist hate crimes.

The ASIJ community has a large Asian and Asian-American population, and for many, these issues inevitably hit close to home. Endemic American racism is a systemic issue and will not disappear overnight. But every one of us has the responsibility to continue to educate ourselves on these issues and help work towards a tomorrow where racially motivated violence is no longer the norm.