The Legal Battle for LGBT Rights in Japan 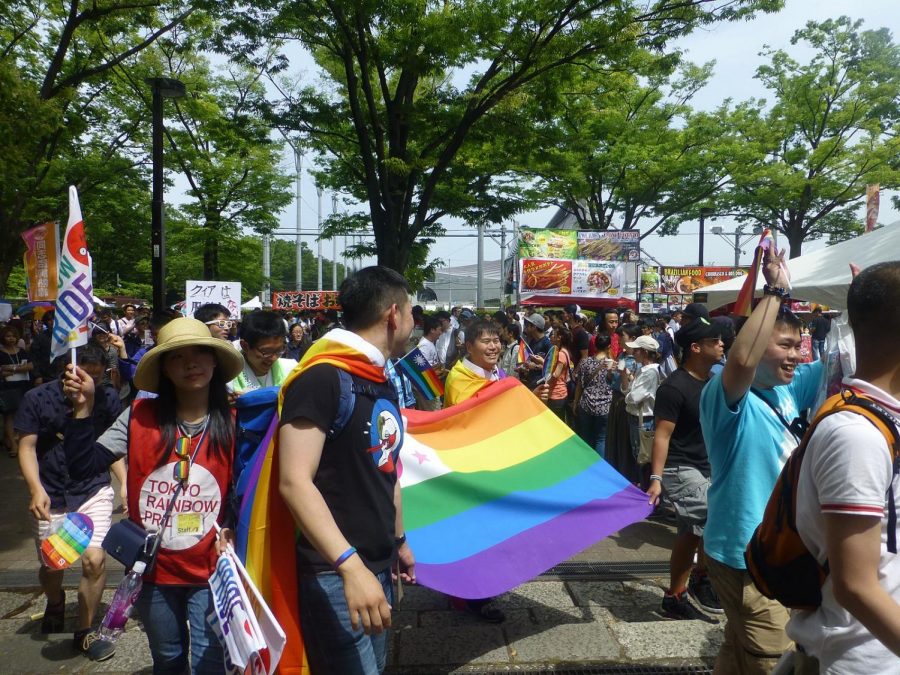 According to a recent poll by public relations company Dentsu, nearly 80% of Japanese people under the age of 60 are now in favor of legalizing same-sex marriage. This is an incredible climb compared to even just a few years prior, and experts have taken it as evidence of an increasing awareness of LGBT issues.

New television shows featuring gay characters have risen to popularity this year, such as the TV dramas Ossan’s Love and What Did You Eat Yesterday?, while Japanese companies have begun to outwardly show support for their LGBT consumers and employees at events such as Tokyo Rainbow Pride. However, this cultural shift has not been accompanied by a wave of corresponding legislation.

The existing legal barriers for LGBT people in Japan remain largely intact. This is partly because of the governing coalition in the Diet, Japan’s legislative body, which is mostly comprised of the Liberal Democratic Party (LDP) led by Prime Minister Shinzo Abe. The LDP is socially conservative, and has struck down a bill that would recognize same-sex marriage before it could even reach deliberation.

Due to the ruling coalition’s stance, it is unlikely that pro-LGBT legislation will ever pass through the national Diet. As a result, law courts and local legislative bodies have become the battleground for the fight for LGBT rights in Japan. 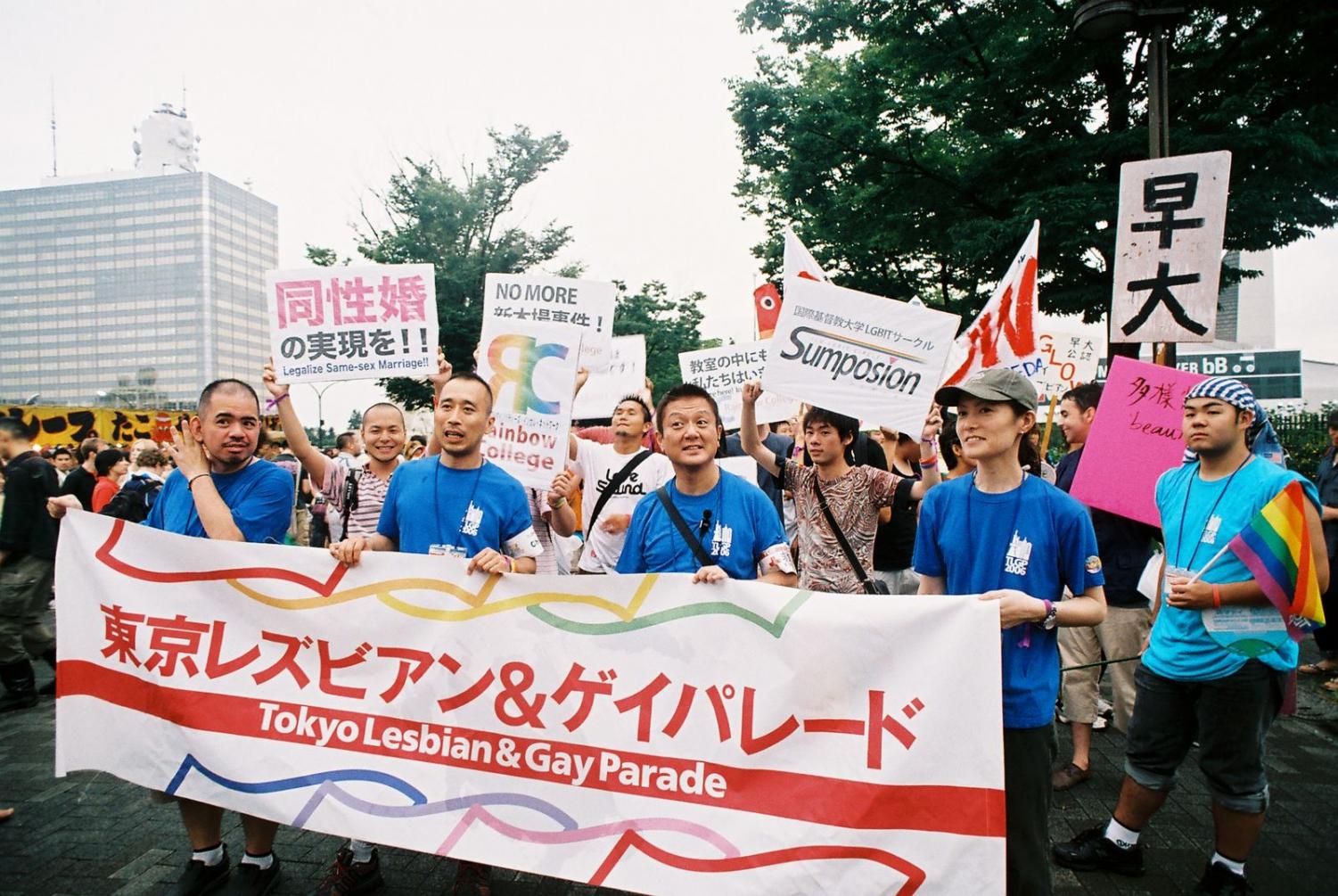 Looking first at the issue of marriage, over 30 Japanese localities have passed laws recognizing same-sex unions, beginning with Shibuya-ku in 2015. The partnership certificates issued through this system only have limited benefits regarding areas such as housing, with no real legal protection or status.

Under the current program, gay and lesbian couples have limited access to their partners in the case of a medical emergency, do not have inheritance rights, and cannot obtain joint loans, health insurance, or home ownership. In addition, there are no spousal visas available for people in a gay or lesbian relationship with a Japanese citizen, even if the marriage is recognized in another nation.

A significant roadblock to same-sex marriage rights, especially on a national scale, has been the Japanese Constitution. The often-cited Article 24 states that “marriage shall only be with the mutual consent of both sexes.” To make same-sex marriage legal on the national level would then possibly require an alteration or major judicial reinterpretation of the Constitution, an argument that opponents have leaned upon.

Despite this barrier, a number of lawsuits have been brought forth this year to challenge the unsatisfactory situation regarding the limitations upon same-sex unions and the lack of national legislation. This includes the famous Valentine’s Day lawsuits, in which 13 gay and lesbian Japanese couples filed for a million yen in damages against the government, in an attempt to prove the unconstitutionality of denying same-sex marriage rights.

Moving on to the rights of transgender individuals, there have been a few recent court victories and lawsuits that appear promising, though current Japanese law is extremely rigid regarding the requirements for legal transition. Medical transition and sex reassignment surgery are only permitted if the individual in question is unmarried and does not have any children under the age of 20.

In order to officially change one’s gender on record, in addition to the requirements above, a transgender person must undergo irreversible sterilization — a rule that has been denounced by the international community as humiliating and infeasible for many.

In December of 2019, a transgender woman in Hyogo Prefecture sued for the right to change her sex in the family register to female, something that she is currently barred from due to the fact that she has an 8 year-old child. She is challenging the existing provision stipulating that an individual with “minor children” (under the age of 20) cannot officially transition, on the grounds that this violates the Consitution’s guarantees of legal equality and the right to pursue happiness.

The outcome of this suit is not yet clear — but in that same month, there was a definite legal victory for transgender rights in a Tokyo law court. Following a four year battle in court, a transgender employee at the Ministry of Economic Trade and Industry was awarded damages after the ministry prevented her from using the women’s bathroom at work. There is hope that this will lead to an extension of employment protections and anti-discrimination laws to transgender individuals.

Another development is underway in the Minato ward in Tokyo, where the local government is drafting ordinances that would protect the freedom of expression of LGBT and gender non-comforming residents. According to an article in the Japan Times on January 8, one particular ordinance would end uniform rules requiring boys to wear trousers and girls to wear skirts, and would allow workers to dress according to their identity instead of their assigned sex. If put into effect, it would be the first legislation of this kind in all of Japan.

After Taiwan’s legalization of gay marriage in May of 2019, many took it as a sign of liberalizing social attitudes in Asia, and are looking towards Japan to see if it will follow suit. It is clear, both with the marriage question and with transgender rights, that Japan faces many cultural and political barriers that must be overcome before legal equality can exist. Yet it is not an impossible hope.

Developments ranging from the opening of the Pride House Tokyo for the 2020 Olympics—a center that hopes to use the Games as an opportunity to inform the public about LGBT issues—to the filming of a Queer Eye season in Japan signal a shift in attitudes.  However, legal equality will most likely be won as a result of the bravery of the LGBT Japanese individuals who are continuing to bring forth these lawsuits, challenging the restrictions set upon them and speaking out, fighting for a better tomorrow.