Next for Some ASIJ Seniors? Mandatory Military Service 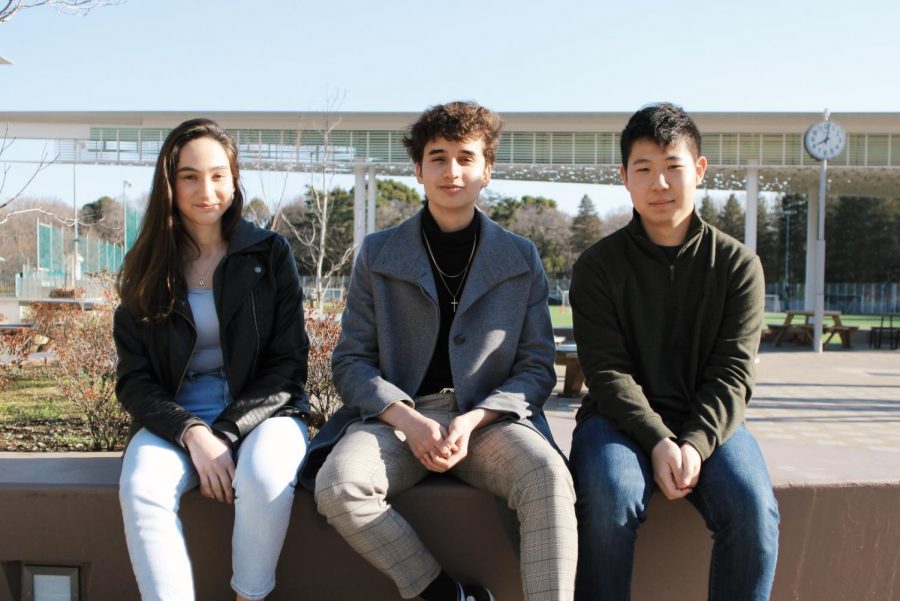 Bar Savion, Ryan Elferink, Leo Lee (from left) are members of the senior class that will be heading to the military following their graduation from ASIJ.

As an ASIJ sophomore myself, I am well aware of the stress that all high schoolers feel about the uncertain future. However, while most students at ASIJ will be going to college immediately after senior year, there are a few who will be leading completely different lives fulfilling mandatory military service.

I interviewed three of our own seniors — Leo Lee (South Korea), Bar Savion (Israel), and Ryan Elferink (Singapore) — who will be participating in the military service that their countries require after they graduate this year.

Compulsory military service is not necessarily a rare thing, but it is becoming increasingly hard to find in more developed countries. Countries such as Ukraine, Kazakhstan, and Georgia are looking to abolish it in the near future.

While the word “military” may have violent connotations, it is not all about learning how to handle weapons and war tactics, as some may think. When asked what sector of the military he wanted to participate in, Lee responded that he’d already gone to a summer seminar where he was given a rough overview on what they would do while serving the country. This included learning about so-called “soft powers,” the use of attraction and cooperation instead of coercive methods to “achieve goals in the long run,” as Lee explained. One could say that the concepts Lee is learning are more diplomatic rather than militaristic.

Another common misconception is that only males are conscripted. Israel, where Savion is from, is one of eight countries that obliges women to participate in the military. Not only that, but she is looking to take on important positions, such as Navy sergeant, and pilot. There is a perception that females are not exactly welcome in the military, but this is not the case in Israel.

One issue for teens and 20 year-olds being in the military for two to three years is the delay in beginning college. Having said that, Savion might be able to attend college during her years of service, or will simply do so after. Being in the military does not necessarily have to affect the level of education soldiers will get.

Before conducting the interview, I was expecting responses to skew two ways to the question of whether military conscription should be mandatory. One being an extremely patriotic and resounding “yes!” and the other a “no, it’s taking away years of my life!” However, Elferink, Lee, and Savion all agreed that it is one way to bring a nation together, and they wouldn’t call it a burden. “It creates a sense that everyone’s in it together” Elferink added, “It’s a way to pay back.”

It’s interesting seeing high schoolers with such a broad awareness of their civic responsibilities. They all have an admirable ability to to look beyond themselves and serve their countries.