Diving into Social and Emotional Learning with Dr. Augustine 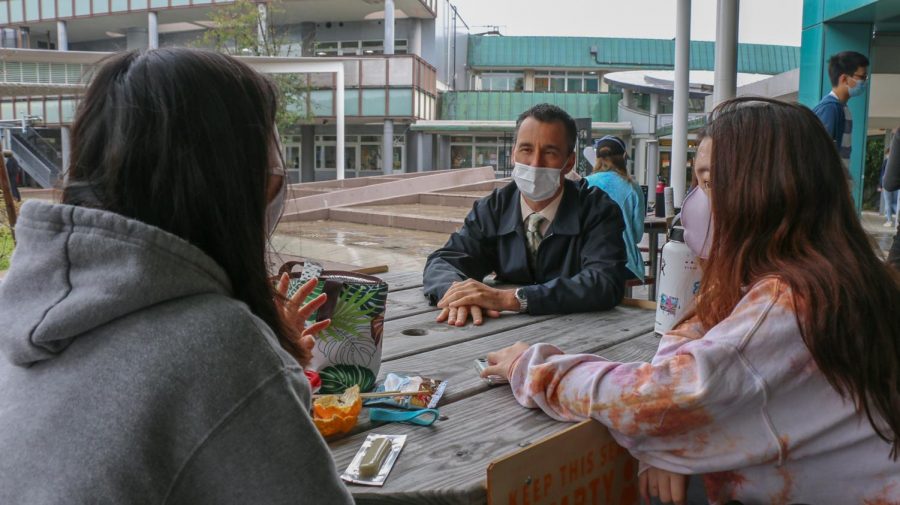 It’s the end of the day, students streaming out of the entryway towards the buses that will take them home. Near the roundabout is Dr. Augustine, our new associate principal. Seeing him ahead, I wave. “How was your day?” he asks. “Great!” I respond. This is normally the point at which such exchanges of traditional greeting cease. Instead, Dr. Augustine inquires, “Awesome, what made it great?”

At the beginning of the school year, I had the opportunity to chat with Dr. Augustine via Google Meet. As our virtual interview reflects, the global circumstances under which Dr. Augustine joined ASIJ’s community are anything but normal. Yet Dr. Augustine is not one to complain. Instead, what pierces through our conversation is a sense of eagerness to take on this next chapter in life, one that has been a long time coming.

Dr. Augustine’s first glimpse into the world of teaching came from his mother, a teacher herself. Coming out of high school, like many seniors, Dr. Augustine wasn’t certain which path he wanted to take. When asked why he chose the world of education, he smiles, as if thinking back to his high school and college days. “For the money! Just kidding. No, I just realized that I loved school. I loved being in school, the yearly cycle of school, being around really great teachers. I just wanted to live in that world. And so I did.”

The surprise element was the international scope Dr. Augustine’s career took after his first position as an English teacher in California. “I would probably need a pie chart to really describe all the different parts that are home” he says, laughing, having lived everywhere from Bahrain to the Dominican Republic to Thailand. “I just realized that I was either going to stay in that same school [in California] for 40 years or I was going to have to do something different.” 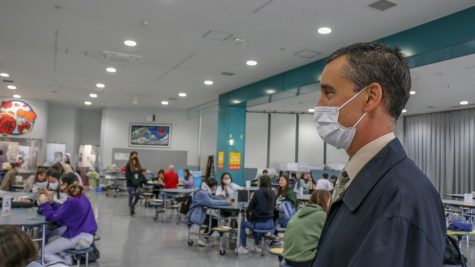 Quickly, the conversation turns to the true core of Dr. Augustine’s passion for his job: fostering student growth. Leaning towards the screen intently, he dives into the importance of paying attention to the social and emotional learning (SEL) needs of students, the topic of his doctorate dissertation. “For a year and a half I asked teachers and heads of schools what to focus on [for the dissertation]. Everyone said the same thing. We are churning out really intelligent, academically prepared students for universities. But we’re not doing a good enough job preparing them as human beings for what it means to be an adult and to wrestle with things like self-management, social responsibility, building relationships.”

Increasingly, schools globally are developing advisory programs to address the need for SEL. The essence of advisory is to give students a place to form greater bonds between themselves as well as with a trusted adult in a non-academic context. “It’s a place to foster conversations with students, to get them to think deeply, whether it be about college or death or loss or how to deal with anxiety or depression,” Dr. Augustine says. Of the six international schools he has taught at over the past 24 years, each had a form of advisory program. “Most schools are ahead of us in that regard,” he says. Immediately, the example of the British school in Phuket comes to his mind. “Students had an advisor from the first day of school and they would stay with that advisor until they left the school. Advisory groups formed very, very close bonds. They’ll still go meet with their advisory class in London when they’re like 30, 40 year-old parents.”

As ASIJ has started to develop its high school advisory program, students have been vocal about feeling as though their time might be better spent elsewhere. Admittedly, I’ve had those thoughts as well. When I shared this point of view with Dr. Augustine, he was understanding. Advisory cultures aren’t built overnight, he explains. The transition will and has already started to happen gradually over time, as each new grade entering high school lives in the new normal of advisory.

Training teachers to be more comfortable with their role as advisors is another key element of building this culture. “We’ve had meetings with advisors by grade level to develop strategies and share ideas on how to get better at it,” Dr. Augustine says. Yet regardless of transition time, it’s clear he considers this not to be a “loss” in study time for a test 30 years from now we won’t remember, but rather a valuable long-term investment. “Even if you go get a master’s degree, you’re only going to be in school, 6, 8, 10 more years and you’re going to be living another 70 years. Let’s say within a month, your father comes down with cancer, your grandmother dies and you go through divorce. It’s our job to give you, the students, those tools.” 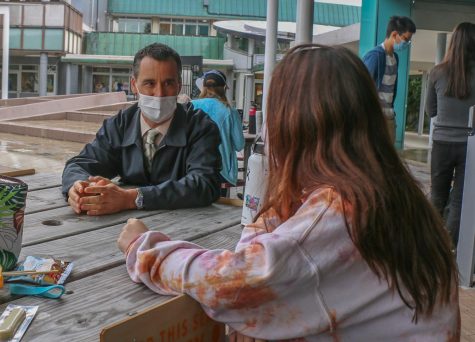 As for Dr. Augustine, he will continue to transition into his new role. Though this is not his first year as an associate principal, it is his first year not teaching English as well. Having grasped that interacting with students is an important part of the value he finds in his job, I asked how the change has been. “I do miss it,” he says. “I have to be more creative to build those connections and relationships with students. But I moved into leadership to see if I could help apply what was working well in my classroom on a greater scale, across campus. To help students with an idea or to solve a problem, to help them work through a negative experience, really to watch them grow and just be a part of their life as they go towards their own adulthood; that’s why I do this.”