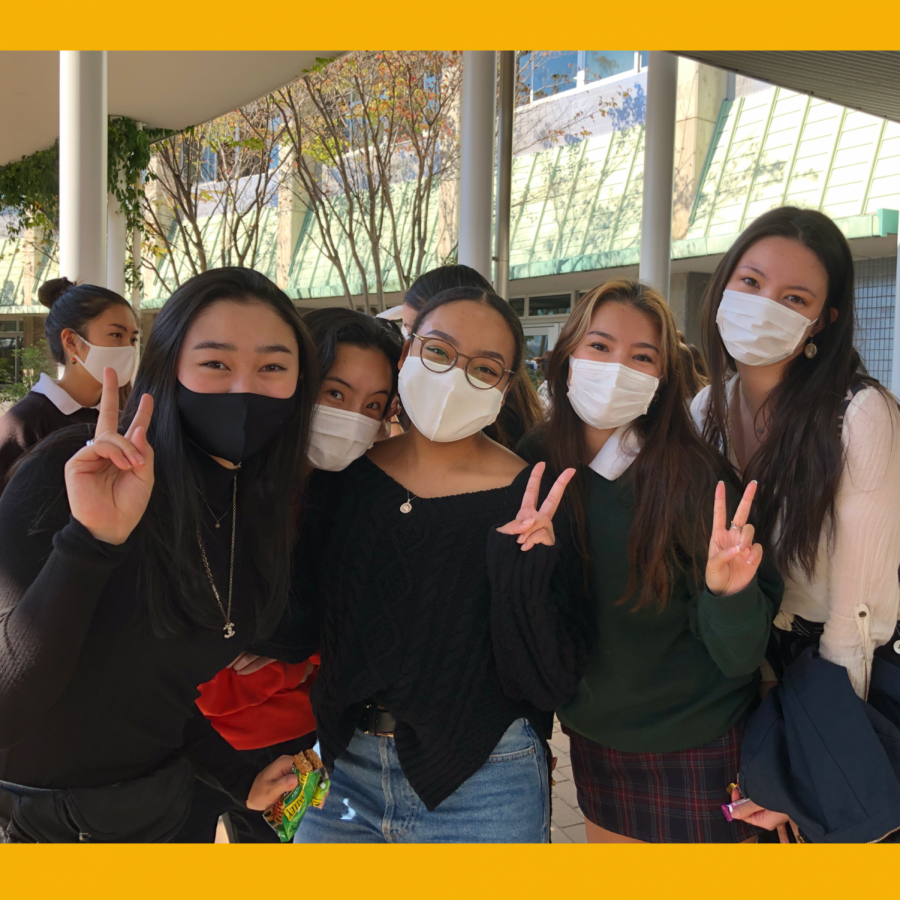 Following a six-month period away from campus, ASIJ students arrived to find some changes to the High School. Among these changes were the hybrid-learning model, a new assistant principal, and a decision by the school to “focus on actually utilizing the dress code,” says Dean of Student Life, Mike Nelson.

The HS dress code has remained unchanged in the transition to the current school year, so why are some students protesting? Sophomore Nico Sawaki explains, “There has certainly been a shift in the enforcement of the dress code this year. Last year, the dress code was not enforced as much.” Mr. Nelson further explains, “What may not have been applied prior was all of a sudden being applied. It seemed kind of out of the blue for a lot of students.”

Adding to the sudden application of the dress code was that students returned from six months away from school. During distance learning and summer break, students had the freedom to choose what they wore and how they wore it. In contrast, some students feel that the directives presented by the dress code impose a limitation on how they could dress. Especially in the summer months, the freedom of choice allowed many students to choose clothing to counteract the stifling heat; oftentimes, this meant less coverage of the body.

Rather than the dress code itself, many students have expressed their discomfort towards the enforcement of the policy. For some, it was the location in which they were disciplined: in front of their friends, classmates, and teachers. As HS Assistant Principal Brad Augustine explains, “I think some students were perhaps a little bit embarrassed or a little uncomfortable that they were being pulled aside in a public area.” Others said that they were uneasy, feeling that faculty members were watching and judging them based on their clothes.

The dress code policy is a more complex issue than most students understand, beyond just the high school. Dr. Augustine remarks that he receives emails from parents in other divisions who are in disbelief at how ASIJ high school students dress and that there are parents who believe that it is a poor representation of the school as a whole. “We are part of a community. And that community exists all the way down to the kindergarten, but also how we’re perceived in the larger community,” explained Dr. Augustine. ASIJ students serve as representatives for the school and embodying the school’s values is partly our responsibility.

Moving forward, it is apparent that the student body is not pushing for doing away with the dress code as a whole, but rather reforming it to be a policy that respects the wants and needs of both the students and administration.

Student Council president David Bass takes a similar stance and says that while there should be changes made to the way students are spoken to about their clothing “to minimize discomfort and make it a stress-free process,” the problem is the written policy. He states that blame should not be placed on the faculty, as they are simply the ones who enforce the dress code. Bass elaborated, saying, “Specifically, I’d like to see reforms to the dress code policy that prevents punishing those who show their midriff, shoulders, or bra-strap, all to a reasonable extent.”

Upon speaking with both Dr. Augustine and Mr. Nelson, there was one major step towards solving this issue that was brought up by both: the need for discussion. Nelson explained, “I think it would be really good to have a broader community conversation” about the policy. It is important that we bring everybody—faculty, parents, and students from all three divisions—together for a productive discussion about the aims of the dress code.

Faculty and students alike have the same goal: an ASIJ community where everybody feels comfortable and safe to exist in their own bodies. Although there continue to be uncertainties in how to reach this point, open conversations are key in reaching a solution.