The Future of History and Historiography: An Interview with Mr. Howe 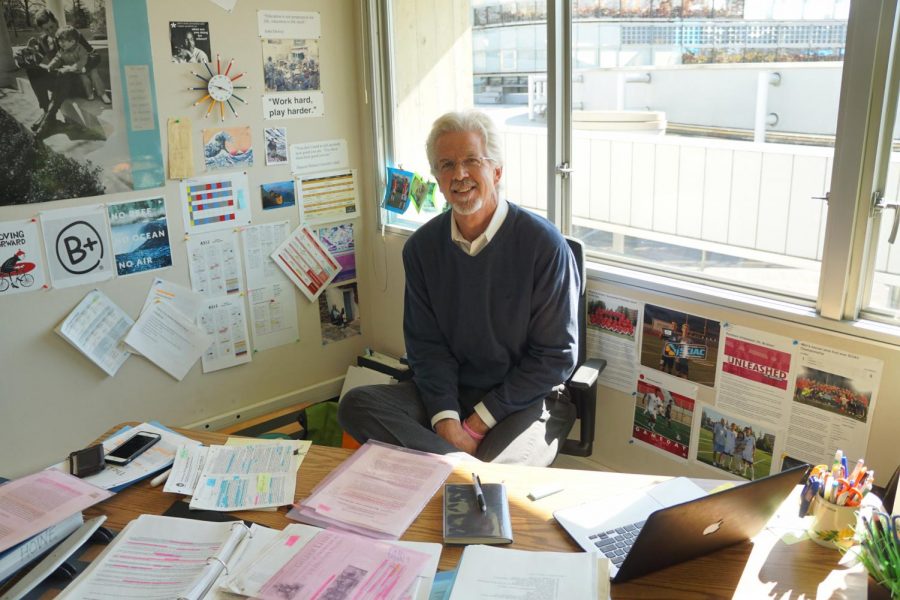 Historiography is essentially the historical examination of what historians of the past wrote about an event that occurred before their time. Historians’ perspective of certain events changes based on the time in which they are living.

Mr. Howe examines this concept with juniors in his AP US History classes. They examine historiography when studying post Civil War reconstruction. “With reconstruction, originally [historians] thought, ‘Ok, this is the worst thing that could have happened. You gave political and economic opportunity to blacks, they weren’t ready for it; they weren’t educated enough,’ etcetera. Now historians say, ‘No, that’s not what it was like; it was an amazing attempt, but it didn’t succeed because it wasn’t long-lasting.’” This is just one example of how the time in which historians live affects their view on history.

Mr. Howe believes it’s important to teach this “history of history” in his classes because “it’s really important that you see that the way we look at things has changed.” Getting perspectives from different time periods helps deepen understanding of not only the historical event but the time period from which that perspective comes.

It’s all about perspective, which makes history quite subjective. These perspectives can change and evolve based on new evidence. Thinking towards the future, Mr. Howe responds, “I think we’re in a generation now where everyone’s kind of a mini-historian on their phone [with] what they decide to put on social media.”

There are relatively few sources to base the past off of, as Mr. Howe explains in an example regarding ASIJ: Comparing what ASIJ was like 80 years ago and today, there are so many more resources available today. Back then we would look at “yearbooks, school files, photographs, maybe newspaper articles that were written about the school.” At ASIJ today, every student is documenting something about the school through their phones and other digital resources. Which of those voices will be heard?

The number of voices and diversity of perspectives is expanding. “I think in your lifetime you’re going to be exposed to events that you either studied or that you lived through and you’re going to have more information… whether there’s new evidence or a different interpretation, maybe voices of marginalized people, the voice of women, [you’ll] say, ‘now okay, that doesn’t look the same as it did when I first learned that.’”

Mr. Howe compares this prediction to what learning history was like for him: “I grew up in a time period where most history was written by old white men. [I]t was very Eurocentric.” When historians “wrote about places like Asia they wrote about it through a white man’s eyes,” not considering the perspectives of native populations. Once those perspectives are heard they “probably [say] something very different than what the white guys were saying.”

With more perspectives, history evolves, getting ever closer to the truth. However, Mr. Howe confirms that history is always colored by those who tell it and adds, “I always like to say that it’s a little bit of fact, a little bit of myth, and a little bit of falsification.” Along with these different perspectives comes different sides to the same story. “I think as long as you have different viewpoints no one’s gonna tell the history exactly the same way because it doesn’t affect people the same way.” Oftentimes, students are taught that history is fact but can we ever know humanity’s entire past?

With new technology and its proliferation in society, the way history is learned and examined in the future may be very different from what we see in history classes today. With so many sources and accounts available to them, historians of the future will have to decide “what they choose to use as the evidence from that time period.” For future history students, Mr. Howe hopes “we get more marginalized people that are writing the history and we get more of those voices and yeah, and I think it’ll be more objective but never one hundred percent.” Even if a student has all the viewpoints on a historical event, part of being a historian is piecing all of those resources together to get as close as possible to the unbiased truth. Nevertheless, we can never reach complete objectivity because every resource and record of an event will be affected by those who create it and the time in which they live.