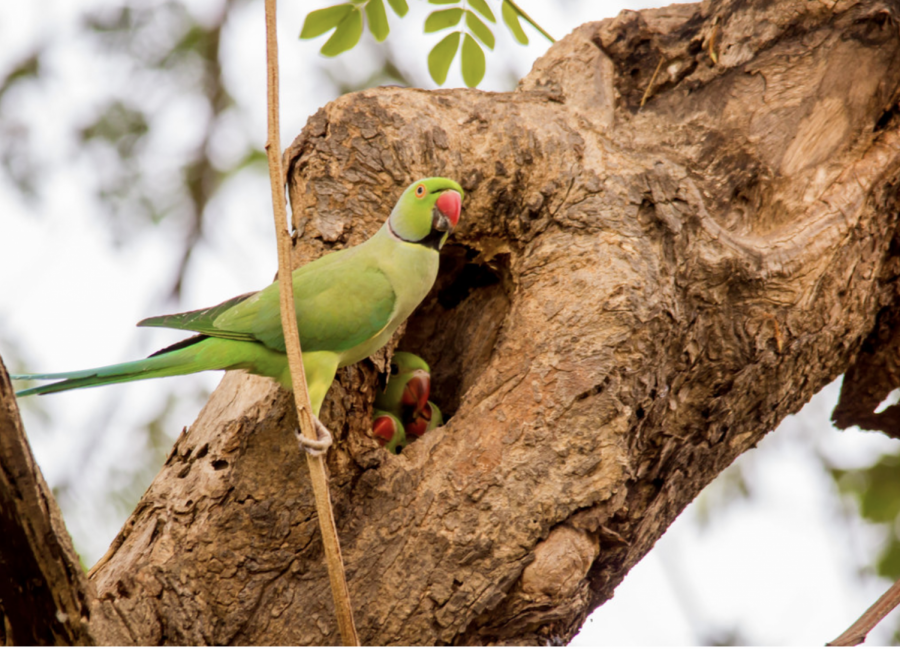 Imagine walking down the street in an ordinary Tokyo suburb. What is the last thing you would expect to see? A flock of parakeets? Well, that’s just what I saw one ordinary afternoon as I went for my usual dog walk around my neighborhood. This got me wondering how the heck they got there. In my mind, a parakeet was a tropical bird, in no way suited for the Tokyo climate.

Well, obviously I was wrong. Turns out those birds I saw are called rose-ringed parakeets and are rather common around Tokyo, though they are native to the tropical countries of India and Sri Lanka. So how did they end up here?

According to the Japan Times piece Feral Parakeets, there was a major pet boom in Japan during the 1960s that drastically increased the number of bird owners in the city, parakeet owners in particular. However, many owners found them to be “noisy” and “untame” and decided that it would be better for them to be wild.

And so the parakeets flourished, reproducing like crazy, establishing themselves as a prominent invasive species. An invasive species is a species that is not native to a specific location it can be found in; often, an invasive species can cause harm to the ecosystem or other preexisting species. This harm can be through depleting limited food supplies, or preying on other animals in general. Fortunately, the rose-ringed parakeets cause no observable harm to the environment. 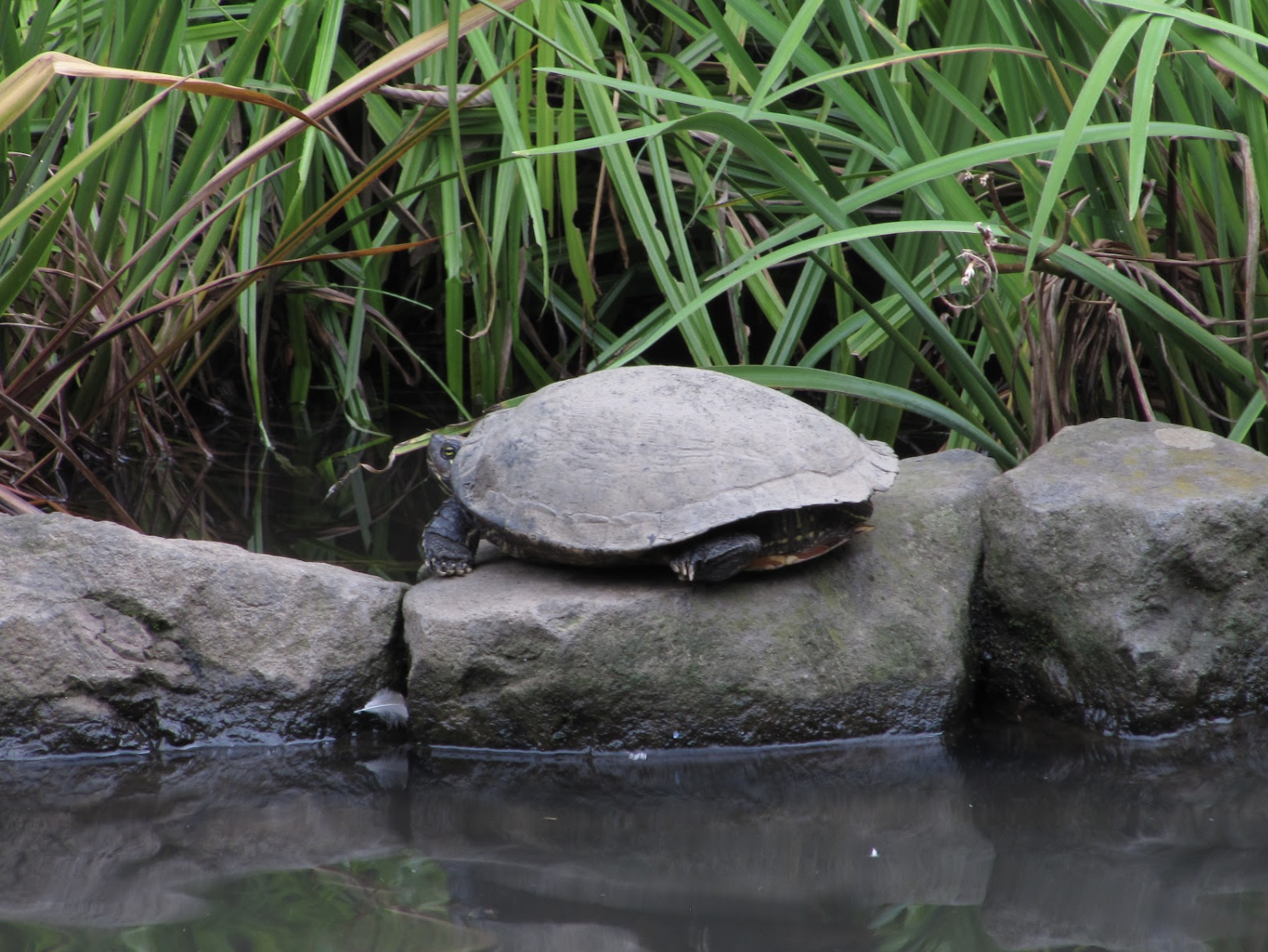 Japan is no stranger to invasive species. In fact, according to the Global Invasive Species Database, there are as many as 261 in Japan as of now. You may be familiar with the red-ear slider turtle, a common species of turtle that lives anywhere from your local pond to virtually any river.

Like the rose-ringed parakeet, the slider turtle was introduced to Japan during a pet boom, and again into the wild through careless owners. It is estimated that over eight million red-ear slider turtles currently live in Japan, which is eight times as many as any native turtle species. However, unlike the parakeet, these turtles have been observed to harm the ecosystem. As they feed mainly on specific types of waterweeds, they contribute to the depopulation of various species of insects, fish, and other turtles who rely on the same food for survival. To mitigate this, there have been some extermination efforts in badly affected areas.

The whole idea of extermination seems a little harsh and inhumane, doesn’t it? It is, however, a necessary precaution in ensuring the safety of other native species. 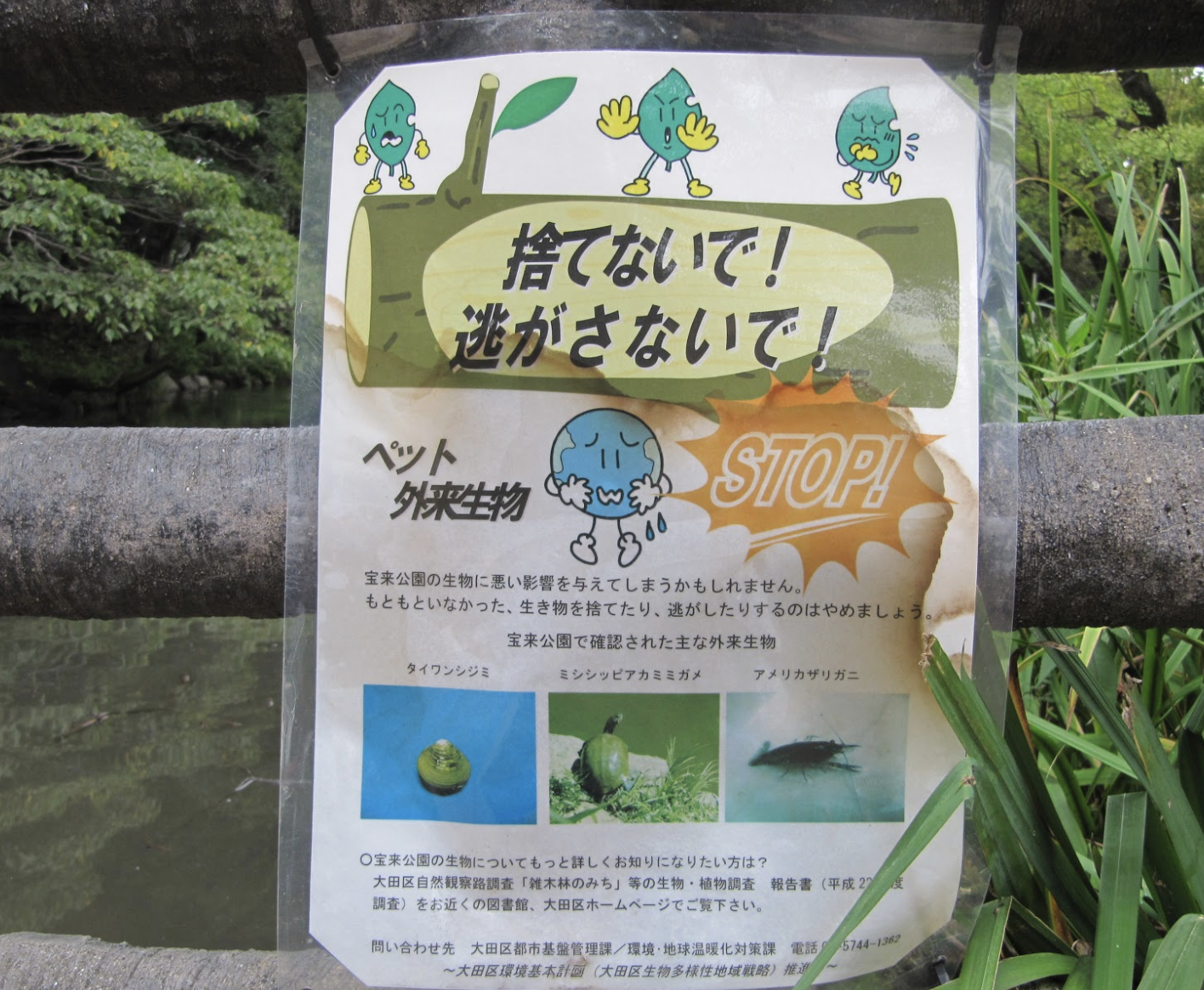 The situation is completely avoidable. Without the initial introduction of the species into the wild, there would never have been a need for harsh measures. That is why as pet owners, we have an obligation to take care of our pets, no matter the circumstance. When you buy a pet, you are making a promise to yourself, and the pet to take care of it. If you are ever in doubt of your ability to take care of a pet, contact a local pet store, a friend, or anyone in need of some company. That goldfish that you’ve outgrown? Don’t flush it down the toilet.