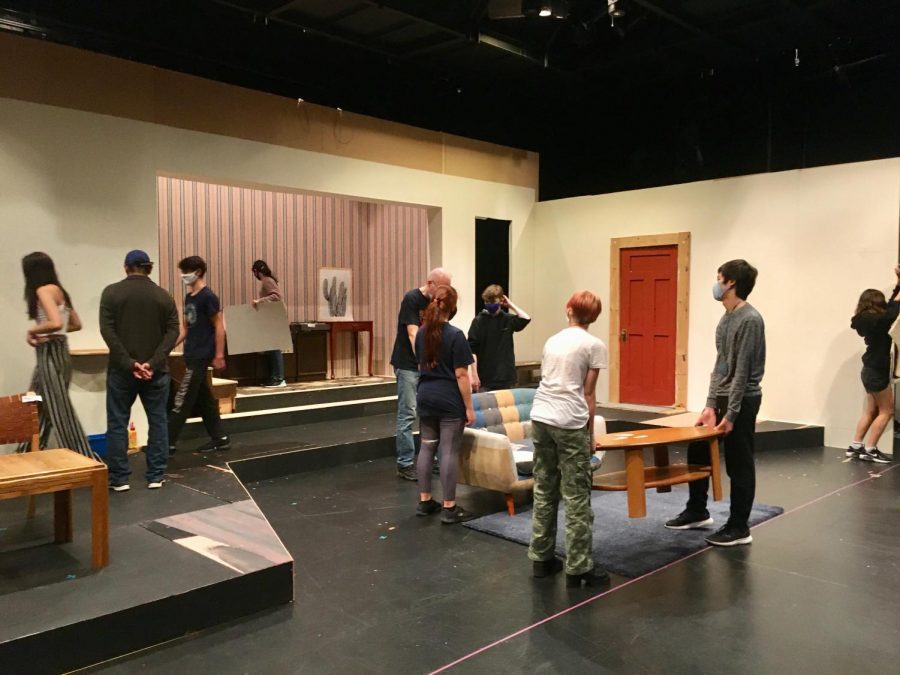 Ever since I came to ASIJ in fourth grade, one of the things that I’ve always looked forward to in the fall was the High School play. Every year, a group of talented actors comes together to tell a wonderful story that no one can forget. Every show I’ve watched was memorable because I could see the time and effort that those on stage put into the play. Now on the crew for this year’s play Mutually Assured Destruction, I realize that people working behind the scenes put just as much effort into bringing the play to life as actors do.

This year was a particular challenge for everyone. Due to the pandemic, the production faced obstacles, primarily time for rehearsal. Ellie Stocker, a freshman member of the cast, pointed out that―especially with hybrid learning―“we’re not able to have as many rehearsals as we wish to, and we only have half the amount of time than last year.” The actors had online rehearsals, but the best that they could do under the circumstances was practice lines.

When asked about how COVID-19 had impacted the fall play, Coco Colwell, a sophomore on the set construction crew, also spoke about the impact of the limited amount of time. “There are less days to do things because we can only do it on the days we’re on campus, which is difficult.” She said that there was so much that needed to get done to complete the set. Building walls, stairs, platforms, and more meant that time was a big challenge, and many people on the crew were concerned about getting everything done.

Another difference between this year’s play and previous plays was student independence. A junior who has been on the set construction crew for two years, Roshan Sadhu commented that because of the time constraints “a lot more depended on teachers and the leaders to finish other stuff. So, it hasn’t felt as independent as it used to, but we’ve still been able to do a lot this year.” He said the crew mostly did what the teacher-advisor asked instead of students trying to figure out what to do themselves. Despite all of this, with time and effort, the set construction crew was able to create an amazing set.

The world has changed under COVID-19, and our lives have changed dramatically. This year’s play, Mutually Assured Destruction, was yet another HS experience that was significantly impacted. It has made the hard work that the cast and crew put into the show all the more incredible, creating a memorable play for its audience.