The Endurance of Forrest Gump 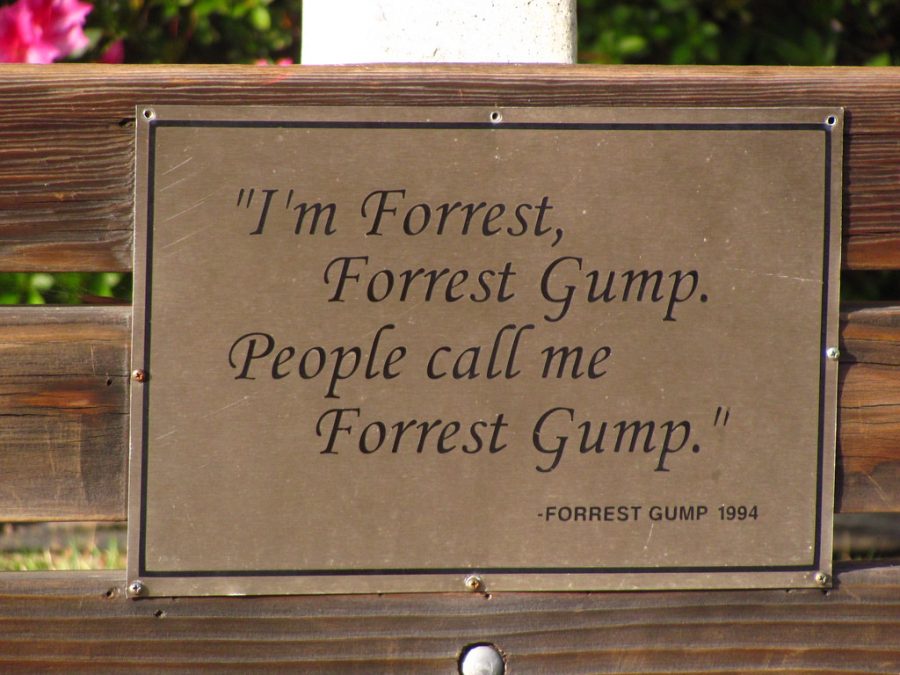 Forrest Gump, a 1986 novel by Winston Groom later adapted into a movie, is a story about a man with a low IQ finding himself in the center of many major historical events. To name a few of his feats, Forrest was a college football star, fought in the Vietnam War, and became the head of a successful shrimp business, all while wanting one thing: a reunion with his childhood sweetheart, Jenny Curran.

The film Forrest Gump starred Tom Hanks, Gary Sinise, and Robin Wright, becoming the highest-grossing film in the US in 1994 and coming in second in worldwide grosses with over $670 million in ticket sales. In first place that year was The Lion King, with $766 million. Despite being beaten by the beloved Disney movie, Forrest Gump was number one at the box office and held that position for the first ten weeks of the movie’s release. This romantic comedy-drama was screened in theaters for 42 weeks and earned around $330 million in the US and Canada, making it the fourth highest-grossing film in 1995.

It was and still is, highly praised with a rating of 71% on the Tomatometer and a 95% audience score. Grossing over $670 million from a $55 million budget, most assume that the movie did incredibly well. Rather shockingly, though, the film is considered to be a “successful failure” on account of some financial issues. Paramount Pictures, the distributors of Forrest Gump, claimed that they actually lost $62 million due to high fees and marketing.

Another issue that occurred was one concerning author Winston Groom and his share of the profits. Groom signed a deal with Paramount for $350,000 and 3% of the net profits of Forrest Gump. Net profit participants are those that are owed a certain percentage of profits once costs are regained. As a net profit participant, Groom discovered that he wasn’t being paid a single penny of the 3% that he was promised. He was a victim of what is known as “Hollywood accounting.” Movie and entertainment studios use crafty accounting to keep profits from a project to themselves. This ensured that the author would get nothing out of Forrest Gump’s profits, so Groom brought a case against Paramount. At first, it seemed as if Groom’s actions would be in vain, since he had already signed the contract. However, he and Paramount Pictures eventually agreed to an undisclosed settlement, and the case was closed. “I’m as happy as a pig in sunshine,” he said to Deseret News in 1995.

Despite this conflict between author and movie studio, Forrest Gump remains a classic filled with charming storytelling that is a must-see for everyone.