A Tokyo Bathed in Two Moons and Other Strange Sights: Murakami’s 1Q84 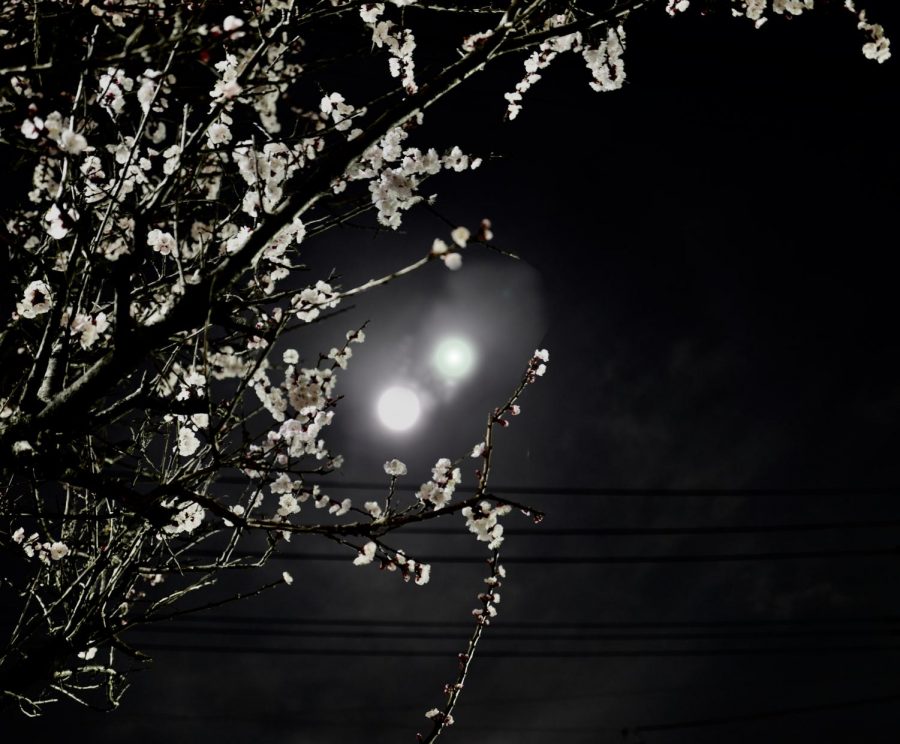 1Q84, author Haruki Murakami’s hefty dystopian novel, has gained international prominence since its publication in 2009. The novel sold thousands of copies during its first week and was voted the best-published book of the Heisei Era (1989-2018) by the Asahi Shimbun. As a Japanese person myself, it is beyond exciting to see the international dialogue it has started in Western-dominated areas such as the literary world.

As a reader, I was awestruck by the way Murakami choreographs a surreal dance between magical elements and the mundane to form a reality that strikingly resembles our own. Through evocative philosophical dialogue and a spellbinding narrative, Murakami maintains a creative balance between the supernatural and ordinary through his 925-page novel.

In 1Q84, the story revolves around two starkly different protagonists: Tengo, an aspiring novelist and math instructor, and Aomame, an assassin working for a dowager. Through these dual narratives, we encounter abusive husbands portrayed as typical of the corporate world, disturbing stories of sexual abuse, and schisms that occur within a highly secretive cult. Using two perspectives, a technique Murakami has employed in his earlier novels, gives the audience insight into two Tokyos, two belief systems, and two lives — which seamlessly come together as one in the novel’s resolution.

After the first few chapters, the book becomes something beyond a mere critique of our world; rather, it becomes a profound human portrayal of one’s search for truth, masked by an alternative reality where a moss-colored orb hangs beside our familiar moon and “Little People” crawl out of one’s mouth. Tengo and Aomame soon find themselves on a completely different plane of existence where the constructs of daily life — pace, time, and place — have splintered. As I walked hand in hand with the two protagonists navigating through strange nuances in this alternate reality, I found myself coming back to this very question: What is absolute truth?

Laced with dark truths about humanity, this magical realist novel itself is a question, asking the reader if there is truly anything that endures, even if history is rewritten, even if one’s reality has been completely altered. Through the alternate realities and the intimate relationship of Tengo and Aomame, Murakami seems to conclude that this element is love.

1Q84 has impelled me to reflect on the smaller, forgotten details of quotidian life and turn my attention from the more significant ones, like Aomame in the novel. Almost a year after reading this book, I still find that I get lost looking at the vast sky at night, eyes glistening with the possibility of seeing a smaller, olive-colored moon hanging in the sky.

Perhaps this is what is truly magical about Murakami’s work — its ability to transport its audience into an uncanny yet realistic world that so closely resembles our own.